James Kank has sold over 20 properties in his time and says ‘Leeza is by far the BEST agent I have ever dealt with in my time of selling properties’. Listen to the full story to hear how Leeza got over $500,000 more for James Kank than any other agent in the area.

My name is James Kank and I just sold my property with R and R Real Estate. I’ve sold quite few properties in my life, probably around 20 and so I’ve dealt with a lot of agents in my life. I’ve had a lot of mixed results with agents.

Leeza is by far the best agent I’ve ever dealt with in my time of selling properties. I wasn’t happy with the prices the other agents were quoting me. When I contacted Lisa she gave me way above what anybody else was telling me at the time. The difference between the other agents and Leeza, the value that she got for my property was quite substantial.

It was around $500,000 more than the other agents was telling me. And that’s the initial reason why I said you better come around and have a chat to me when she told me that. Leeza’s commission is probably a little bit above other agents in the area, but her end result is way above your expectations and what other agents would do. And she actually delivers on what she says she’s gonna do.

If you’re thinking of using another agent and they’re talking the talk, they usually don’t walk the walk, where Leeza actually walks to the walk.

So I would highly recommend her for sale of your property. 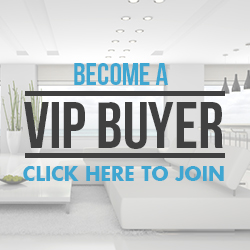